Covering a vast 308,000 square km area occupying a substantial portion of Deccan Plateau related to Western Peninsula, it is Maharashtra…

There is much to see and do when you are in Maharashtra. You can enjoy the Maharashtra State Tourism with the view of majestic mountain ranges that stretch into mists as long as your vision holds and beyond.

In-numerous forts stand strong, proud, and indomitable, as they have done through the years. Also, don’t miss the beautiful temples sculpted out from basalt rocks, a testimony to human endurance and capabilities. Temples in Maharashtra adds a unique value to tourism in Maharashtra.


Maharashtra’s vast, beautiful, and varied land waits…. so LET’S GET RELAXED AND EXPLORE….

There are many Maharashtra Tourism places to explore. Maharashtra offer so many best places to visit that no other state offers. Some of the famous places in the land of Maharashtra includes Mahabaleshwar, Matheran, Khandala, Alibaug, Tarkarli, Ganpatipule, Chikhaldara, forts, and many more. These are some of the famous tourist destinations in Maharashtra, however, on this website we have covered many of your favourite places which makes you pack your bags and visit them.

Bounded by Gujarat in North-West, Chattisgarh in East, Madhya Pradesh in North, Andhra Pradesh in South-east, and Goa in Southwest, Karnataka in South, and Union Territories Dadra and Nager Haveli in West along with the vast expanse of Arabian Sea beyond…..Maharashtra is uninitiated!

The shape of Maharashtra state is mostly triangular with 450 miles/725 km Western Coastline as the base and tapering interiors approximately 500 miles/800 km towards the East. A leader amidst Indian states in industrial and agricultural production, education, transport and trade Maharashtra also boast of a rich, glorious past written in tales of valour and romance.


Archaeological pieces of evidence place in Maharashtra to third century BC. Since those early days, Maharashtra was the hub of commerce and trade. You can know about the prosperity enjoyed by Maharashtra in those golden days from the writings of Hun Tsang, the famed Chinese traveller who visited here during 640-641 BC.

The Mauryans ruled the lands during third and fourth century BC and there was a great advancement in the fields of Buddhist learning and trade at this time.

After Mauryans, Satwahanas established their empire and remained in power between 230 BC and 225 AD. Vakataka and Chalukya Empires followed with Rastrakuta rulers in quick succession and all through this exchange of power, Maharashtra remained a prominent centre for art and culture.

The dawn of the 17th century saw the rise of Marathas who established the most glorious Empire, much credit to the great ruler Shivaji Maharaj who is today the part of folklore.


To explore Maharashtra Tourism you must understand the Maharashtrian culture. Marathi is the native language of the people living in Maharashtra and it boast a vast cultural heritage. Lord Ganesha is the most revered deity but all religions and cultures find a place of importance on the Maharashtra land with their sites and monuments. 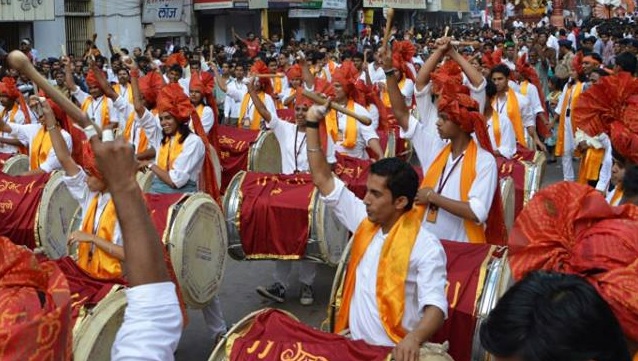 Traditional clothes are kurta, pheta, and dhoti for men and saree-choli for women. Traditional dance forms reflect my richness and diversity one of the most interesting among them is Povda. You will be mesmerized by the performance that revolves around Shivaji Maharaj.

The most participated festival is Ganesh Chaturthi still, Holi, Diwali, Muharram, and Eid all are celebrated with equal fervour.


Marathi cuisine has two main branches namely- Konkani and Varadi. The former is the signature of the Konkan or the coastal belt containing a mix of Brahmin, Goan, Malvani, Saraswat, and Guad cuisine.

So the wait is over now, Let’s get relaxed and explore Maharashtra