The Royal Natural Charm and Splendor of Alibaug Beach

Alibaug Beach is the king of the Maharashtra beaches with coconut trees lined up along the sandy beaches, most pleasant weather conditions, and photogenic views all around. 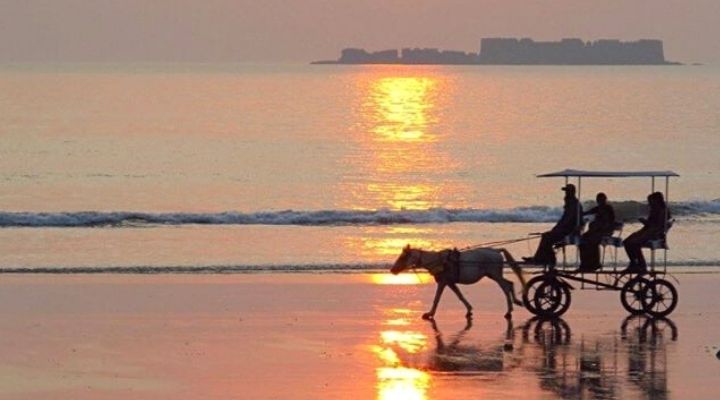 True to Alibaug’s fame you are ensured of a royal treat every time you come to visit it. Alibaug beaches will rekindle your senses with its unspoiled and pallid beaches, clean waters, and fresh air and will also mesmerize them with the riot of colors that takes place in the sky with the sunset.

Located in the Konkan region at the Raigad district Maharashtra, this small coastal town of Alibaug also serves as the district headquarters. Sarkhel Kanhoji Aangre, the naval chief of King Shivaji developed Alibaug first during the 17th century.

Alibaug was initially known as Ramnath, which is now just adjacent to the main town area. Later it was given the name Alibaug as the area around at that time was the historic hinterland of Bene Israeli Jews.

Alibaug beach is located only 100km south of Mumbai and the Mumbai Goa highway keeps it well connected with Mumbai. Alibaug Beach can also be reached with direct catamaran services from the Gateway of India, Mumbai.

As a municipal council, Alibaug has a population of little less than 20,000 and is also proud of a 79% average literacy rate.

Though winter is considered by many as the best time for visiting Alibaug, it is no less beautiful in the other seasons too.

How to Reach Alibaug Beach

Places to Visit in Alibaug

Other Destinations Near Alibaug Beach