Hedvi Beach is a tranquil beach resting peacefully tucked away in the coves on the Konkan region. Hedvi Beach is not just any sun and sand beaches, which people visit and forget. Hedavi Beach a divine presence lying in the lap on nature that reflects our culture and Hindu mythology. 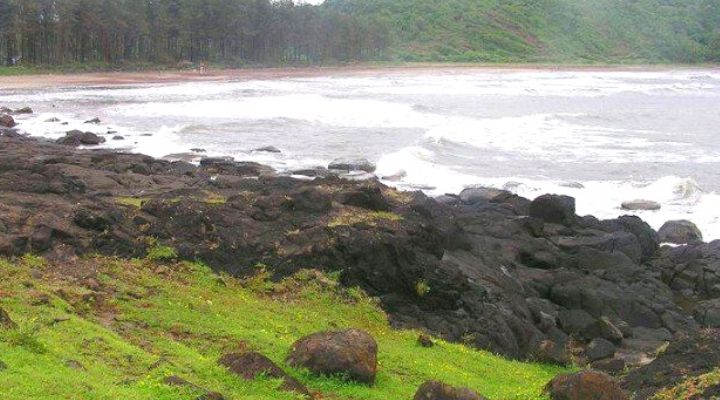 The black sands of the Hedvi Beach cove stretch between the Guhagar and Velaneshwar white-sand beaches and end at the famous Uma Maheshwari Temple. Clusters of solid rocks dominate the beach, with milky white tidal waves washing its feet.

Hedvi Beach belongs to the ear of Hindu Gods and its history dates back to the mythological saga where Hindu Gods like Ganesha and Goddess Lakshmi visited Hedavi themselves. The temple builds in Hedvi Beach serenity is ancient in its existence and rare in its form.

This unique temple in the vicinity of Hedvi Beach surroundings is the Lakshmi –Ganesh temple which has been intricately carved in white stone. The idol stands 3 feet high and is believed to belong to the valleys of the beautiful Kashmir. The idol depicts Lord Ganesha with ten hands; hence, it is called as Dashabhuja Ganapati.

People from all across the country come to Hedvi Beach and visit this ancient temple to seek blessings and attain salvation. Hedavi has a grand ceremony held in its vicinity of the temple with thousands of people attending the chariot procession in the Magh period of the Hindu calendar.

You can reach the ‘Rustic Ville’ destination, which Hedvi is famously known as; by either road or a local ferry. Reach Hedvi Beach as you witness a rare phenomenon of nature where the rocks have been continuously graded by the sea and resulted in the formation of a 20 feet deep ridge or gorge which id 1-2 feet in width. 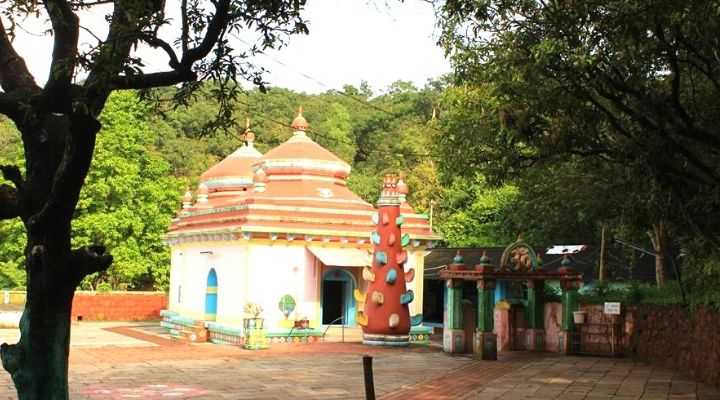 Experience the sheer gush of the sea in a rustic backdrop surrounded by the serenity of Gods themselves as it is believed that Hedvi Beach is one of the rare places on earth where Gods set their feet!

Other Destinations Near Hedvi Beach