Being one of the most popular tourist attractions, Khandala is indeed a place to hang out for with your loved ones. Located in the Western Ghats of Maharashtra, A lot of people hang out at this beautiful place.

Not only people from abroad but even people residing at Maharastra also come to this awesome hill station for a weekend outing with friends and family.

There are multiple tourist attractions that are worth visiting for and while on an expedition, one can see various valleys and spots like Bhaja caves, Duke’s nose, Lohgad Fort, Karla Cave, Fune Falls, and the list goes on and on. 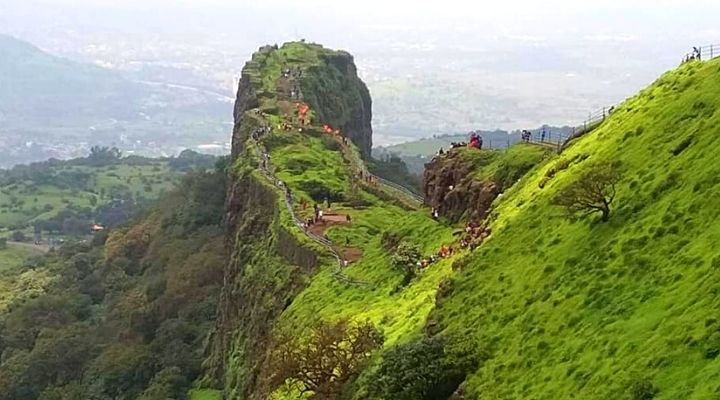 The next beautiful place for sightseeing at Khandala Lonavala is the Lohgad Fort. This particular fort was built during the regime of Chhatrapati Shivaji and was actually a prison.

Chhatrapati Shivaji had won this fort during the 1670’s battle. This particular structure is very much famous for the four walls that are still in the unbroken state. Now such kind of thing gives the basic idea of the glory of the olden times. 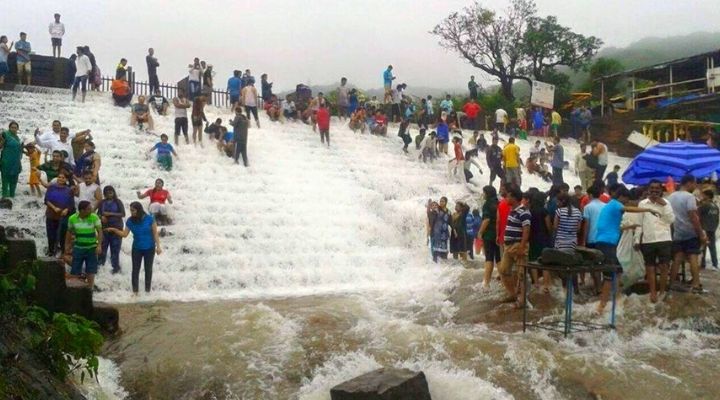 Bhushi Dam is one of the most visited spots in Lonavala. It is situated on the Indrayani river Lonavala. The dam was built in 1860. The dam is open for tourists from 9 am to 3 pm.

Bhushi Dam is mostly visited in monsoon as the dam is filled and water overflows from the steps. As it is near to prime cities Mumbai and Pune, in monsoon this spot is overcrowded by tourists on weekends and holidays in monsoon.

This particular peak is named after the famous Duke of Wellington. It gets the name from his famous full nose. If one easily observes it, the peak looks quite similar to the pointed nose that the Duke had.

Among the various places to see at Khandala Lonavala, the Duke’s nose is indeed a splendid one and it is located somewhat 27 kilometers and 12 kilometers away from Pune and Kandala. 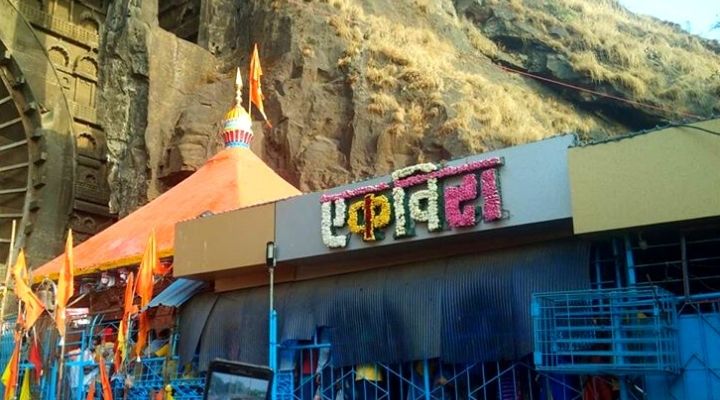 Ekvira Aai Mandir is located around 17 minutes drive from Lonavala Hill Station. The temple is situated next to the famous Karla caves. The temple is primarily visited by Koli and Agri people but it is also worship by other Hindu communities.

Do you know that Bhaja Caves and Karla caves are known as the shrine of the Chandraseniya Kayastha Prabhu (CKP)? There is one of the oldest temples worshiped by the people of the fishing community and even is the best example of the Buddhist artistry.

Being one of the best places to sightseeing at Khandala Lonavala, this cave somewhat belongs to the second century BC and is very much famous for the delicate and beautiful stone carvings.

In addition, it is one of the largest Chaitya caves present in the Indian region. The grand doorway of this cave is designed like a beautiful peepal leaf. The same irresistible features can be said about the Bhaja caves.

Among the places to see at Khandala Lonavala, this cave is made from the collection of 18 caves and is located somewhat at a good distance of twelve kilometers from Lonavala present in Maharashtra.

This particular cave was constructed during the rule of the Mauryans. Historians feel that it may be around the second century or third.

What makes these caves interesting is that they are one of the perfect examples of awesome illustrations that are of the Theravadas rule in Buddhism. This particular cave is located somewhat near to Karla Caves.

Therefore, Khandala is filled with splendid tourist spots that keep one’s mind peaceful and satisfied. It helps one to search within the inner souls and be at ease.

Story of Lonavala and Khandala by its Own Words

How to Reach Lonavala and Khandala

Places to visit in Lonavala and Khandala

Hotels in Lonavala and Khandala

Places to Visit around Lonavala Khandala

Places to visit in Ekvira Temple

Places to visit in Karla Caves

Places to visit in Lohagad Fort

Places to visit in Matheran

Places to visit in Sangram Durg