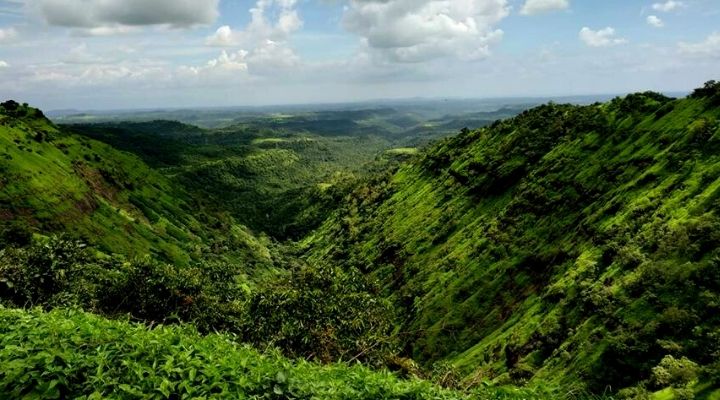 Igatpuri hill station is surrounded by the highest peaks of the Western Ghats. Some places near Igatpuri are considered to be a heavenly place for the trekkers, i.e. Kalsubai, Bhandardara, Ratangad, etc. You would be glad to know that most of the Indian movie outdoor scenes especially the songs are shot here.

Igatpuri is the nearest hill station from Mumbai and famous for its scenic beauty and various types of foods like Vada pav and Idli. Igatpuri is considered as one of the best hill stations in Maharashtra to visit during the monsoons.

The Igatpuri railway station is one of the major railway stations in the country. As Igatpuri is situated near to Mumbai Nashik highway it provides the best resort options for a day picnic for the family.

The international center for Vipassana popularly known as the Dhammagiri is supposed to be the largest Vipassana center. The major places of attractions are the Bhatsa river valley, Kalsubai peak, Arthur Lake, and the Amruteshwar temple.

The Bhatsa River valley is located at a place known as the Thal Ghat. It is a picturesque spot filled with lush green vegetation and majestic rocks that are formed by the river flowing through it. The Kalsubai peak is the highest peak among the mountain ranges there located at a distance of 35 kilometers from Igatpuri hill station.

The Arthur lake is another significant place of attraction located a few kilometers away from Igatpuri which is formed by the waters of two rivers namely Pravara and Bhandardara. The Amruteshwar temple is a temple of Lord Shiva built in the 11th century located very close to Igatpuri hill station. The temple is beautifully surrounded by green fields.

The best season to visit Igatpuri hill station is winter. The temperature is cool in the month of November, December, January, February, and March. As it is surrounded by mountains, monsoon is the best time to visit Igatpuri for trekkers.

Igatpuri is situated at an elevation of 600 meters. As it is not so high, Igatpuri experiences a mixed type of climate.

Igatpuri experiences heavy rainfall during June, July, August, and September months. Sometimes monsoon extends into October and November months. Winter is cool and pleasant and it is the best time to visit Igatpuri. The average temperature is in the range of 18°C to 25°C in winter. In summer the temperature goes higher from the range of 28°C to 38°C but the nights are cooler in summer.

How to Reach Igatpuri

Places to Visit in Igatpuri

Other Destinations Near Igatpuri