Jawhar is a small yet exquisitely beautiful hill station in Maharashtra, and it is also often lovingly called as the ‘Mahabaleshwar of Thane’. Located just a little more than 150 km from Mumbai, Jawahar was discovered during the year 1343.

During the British colonial period, Jawhar hill station became a part of Bombay Presidency and was also given a nine gun salute status by the British rulers. Raja Patang Shah V was the last king who ruled Jawahar hill station after independence and since then Jawhar was a part of the state of Maharashtra.

As a small hill town, Jawhar has a population of little over 11,000 and the average literacy rate in Jawhar is 72%. Apart from an enchanting landscape of lush green hills studded with mountain springs and waterfalls, Jawhar also have a rich tradition of tribal lifestyle and culture and the palace of the tribal kings still stands tall, and which you can see in the hills. Jawahar place is one of the prime tourist attractions when you are here.

Jawhar tourism offers a unique chance to the tourists to know about the tribal way of life and the Warli Paintings have made it famous, worldwide.

The best time for visiting Jawhar is during the winter months or early spring. It is from late October to March as with an elevation of only 447 meters above the sea level Jawhar is pretty hot during the summer. 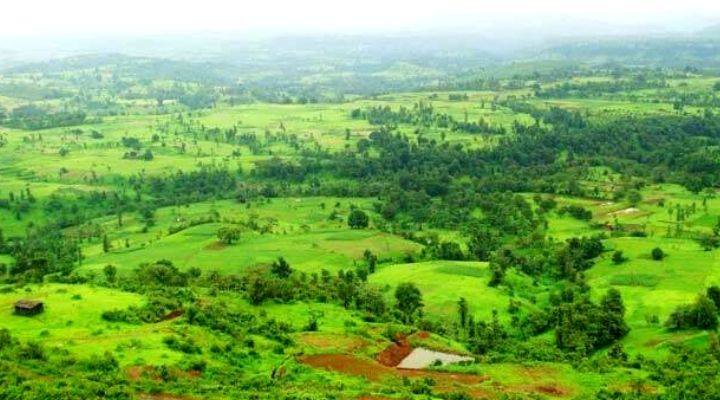 Jawhar temperature hovers around the 300 marks in summer. Due to the South Western Monsoon, Jawhar also receives heavy precipitation from June to September.

Jawhar is easily accessible through rail, road, and also air and Mumbai is the nearest airport. Thane and Plghar are the nearest cities to Jawhar. You can also reach Jawhar directly by rail from Nashik while Igatpuri and Dahanu are the railheads located closest to Jawhar.

How to Reach Jawhar

Places to visit in Jawhar

Other Destinations near Jawhar